Top 5 Digital Marketing Updates to Pay Attention To in 2017

1. SEOs (& All Companies) Need to Make Everything Mobile-Friendly. Right Now. 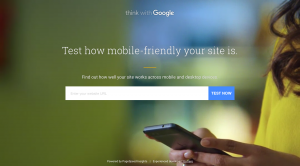 Google made a big announcement in November that they are starting to consider mobile rankings as more relevant than desktop rankings. Google says that the majority of their searches now come from mobile so they need to make sure their algorithm mirrors the trend. From Google’s recent blog post: “To make our results more useful, we’ve begun experiments to make our index mobile-first. Although our search index will continue to be a single index of websites and apps, our algorithms will eventually primarily use the mobile version of a site’s content to rank pages from that site, to understand structured data, and to show snippets from those pages in our results.” This means that non-mobile friendly sites are going to start being penalized in search engine results. This also means that if your site is not mobile-friendly, it’s time to call your local Search Engine Optimizer because your number one priority in 2017 is to make your site speedy and mobile-friendly. You can check how mobile-friendly your site is here: testmysite.thinkwithgoogle.com and they will even send you a detailed report on how to fix any mobile compatibility issues you may have.

Holy overload of information, Batman! As we become more and more like the characters tied to their tech in the creepy yet mesmerizing Netflix series Black Mirror, we continue to post more (as do publishers and businesses) and in return, we have way more to filter through in our newsfeeds. Facebook changed its algorithm this summer to reduce the amount of publisher content that shows up in news feeds so we can see our “friends” stories more often and is currently taking aim at fake news on their streams. Even so, our attention spans keep getting shorter and we need to be bolder and more concise to stand out in an ever-growing ocean of white noise. In response, marketers should realize that dense content is necessary, making every line and every word count.

3. Live Video Streaming May Be a Way to Cut Through The Noise (Until It Isn’t) 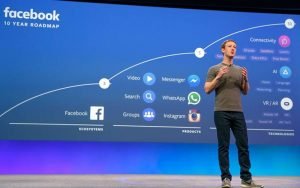 Do you want to know what’s happening IRL, right now? Facebook has been pushing their live technology for months with some success, including the first Presidential debate of the season, and since most people have faster Internet and crave in-the-moment content, more and more apps and platforms will also push “live streaming”. Facebook also just announced this week that Two-Person Broadcasting is also coming to Facebook Live. The updated version, which will go live later this summer starting with verified Pages, will now allow for two people in different locations to share a live broadcast. Live been on the upward tick for a couple of years and it will only continue to be utilized in 2017. Will you be live?

4. Mobile May Win in 2017 But Video Ads Will Be Close Behind

Not only do you need to consider going “live”, you should also up your video advertising game. As we get used to more and more live videos in our Facebook feed and Instagram Stories this year, video advertising is expected to amass $13.5 billion in revenue in 2017  – almost double its projected revenue from 2016. If you’re not ready to fully immerse yourself in video advertising, at least make an effort to learn how to use some of Facebook’s video features in the new year. It’s a tool that can help massively increase your social media reach and is well worth the investment. Google also just made Video campaign management easier with AdWords Scripts. They announced on Tuesday that they’re rolling out AdWords scripts support for TrueView and six-second bumper ad which means you’ll be able to programmatically create and manage video ad groups, targeting and other campaign features alongside your Search, Display and Shopping campaigns. The new script support is available for standard YouTube ad campaign types like TrueView in-stream, TrueView discovery and bumper ads – and they’re hoping to eventually expand functionality to additional campaign types like shopping. Check out The Latest YouTube Stats on When, Where, and What People Watch from Think with Google.

5. All Google Ads Will Soon Be Expanded Text Ads.

This isn’t a prediction as much as it is a reality. We’ve been talking about Expanded Text ads for months and your deadline is officially approaching. As of January 31, 2017, AdWords will no longer support standard ads so you will not be able to edit or create standard ads but they will continue to exist alongside the new ads (until Google pulls them at some point in the future). Any ads created after that date must use the expanded ad format. You can read my post on how to easily update your current stand ads to expanded ads and how to optimize them in the new format: http://bit.ly/2cfdU0m

6. Bonus Prediction: The Tech Bubble will Pop Again (We Predict 2018).

Our founder Ted Kozlowski started his career in Silicon Valley and if you’ve ever wondered how insane the start-up industry is, check out this great new book, Disrupted: My Misadventure in the Start-Up Bubble, by Dan Lyons, who’s a writer for HBO’s Silicon Valley and who is brutally honest about his time at Hubspot (marketing automation software startup) as a “beached white whale” in an overly upbeat, frat/cult-like work environment.

We Offer Custom Training for Agencies

We work with agencies all the time! Let us help your team bridge the gap between traditional marketing 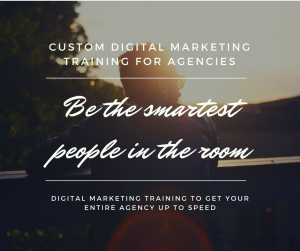 We love agencies! We work with agencies across the US and recognize their value. We want to help your team stay current and up to
date with the latest digital marketing best practices, technology trends, and software applications. We have found that many employees at marketing and advertising agencies have a great foundation but are missing advanced skills in digital marketing, advertising, and analytics. We’ve actually had DemandQuest students who represent clients meet with agency reps and our students knew a lot more about digital marketing than the reps did. Save your agency that embarrassment and be the most educated team in the room. We want to help your employees bridge the gap so you can continue to offer a comprehensive, well-rounded solution to your clients all while saving you money. We offer a competitive rate for group training that is more cost effective than sending employees to individual classes. Take advantage of our group rate and custom training options, tailored to meet your company needs.

Clients know that they need to be online but most of them don’t know where to start or how to be effective, which is why they have engaged you as an agency. We can help ensure that you are creating the most effective online campaigns for your clients utilizing social media, comprehensive analytics, and online advertising. Show your clients tangible data that prove their online marketing efforts are creating conversions.

Make sure that your credentials are up to date when you pitch your next client. Are you employees Google AdWords or Google Analytics certified? Are they “social media experts”? How do you know the level of education and experience your team is bringing to your clients? We will ensure your reps have a full understanding of the technology and platforms that you offer to your clients with your custom digital marketing training.

Call Today for a Customized Experience! 888-336-1314 or email info@demandquest.com

The Word is Out – DemandQuest Classes are Awesome!!

The reviews are in; our classes have been called “Superior”, The Absolute Best”, “Relaxed & Fantastic”. Students love marketing and advertising classes at DemandQuest and now you can see what they have to say firsthand in our new video. Be sure to tuned to the end where you can get a special discount code to use this fall! http://demandquest.com/video/

A Small Sample of Current & Past DemandQuest Marketing & Advertising Students

This is the time to boost your resume with Google Certification, improve your social media marketing with in-depth insights and impress your boss with cost saving search engine optimization implementation. Be sure to join us for the most in-depth and up to date training around. Our instructors are industry professionals who work within their expertise, not out of date professors. But don’t just take our word for it; see what our current and past students and teachers have said about the DemandQuest Marketing Institute here. Then check out our great current class schedules below and use your video discount code to save!  We’ll see you in class!

Thanks to everyone who came out for our Student Appreciation Party & Open House. We had a really great time and appreciate you taking the time to check out our digital marketing classes!

Join us Friday, July 19th from 3:00-7:00 pm for good food, drink, awards, prizes and more! We have had a great time over the last three years at the DemandQuest Marketing Institute and want to thank all of the students and teachers who have helped made DQ the special place that it is today and to invite our friends in marketing community to come and check us out! Join us for an afternoon of good food and drinks while we celebrate our students, hand out awards, raffle away great prizes, eat and generally have a fun time! To say thanks, we will be raffling off some neat-o-keen prizes like Class Vouchers, Google gifts and more PLUS we will have eats from Smalley’s Caribbean Barbeque and Fat Tire beer on tap.
Open House: Never been to DemandQuest but interested in taking marketing and advertising classes? This is a perfect time to come check out the space, hear from past students first hand about how fun and awesome DemandQuest is and learn more about our incredible classes such as:
THANKS, AGAIN!
Next Entries »